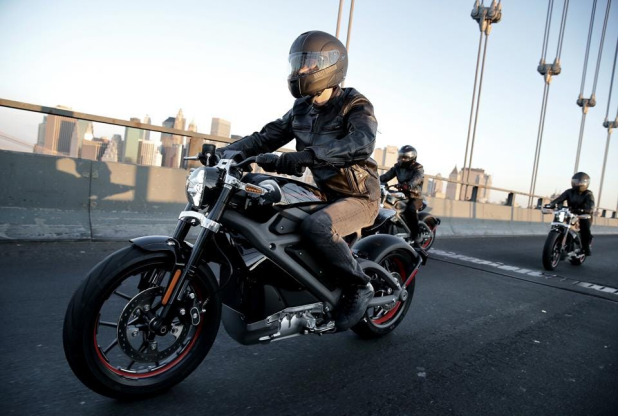 In SPAC Deal With KYMCO

The quest to get the once-dominant American motorcycle maker Harley-Davidson back on track took an unusual but not altogether unexpected turn Monday with the revelation that the company’s new electric motorcycle brand, LiveWire, will go public with a SPAC deal in the near future.

No specific date for a public offering was listed and the deal is subject to the SPAC company shareholders approval, but a press release did say that LiveWire, which was spun off by Harley-Davidson as its own brand just recently, will partner with sustainability-focused special purpose acquisition company AEA-Bridges Impact Corporation (aka ABIC) for the listing as LVW on the New York Stock Exchange. ABIC is listed under the stock symbol IMPX.

Additionally, KYMCO, based in Taiwan, is also part of the deal. KYMCO makes a wide range of scooters, light motorcycles, ATVs and other motorized devices and sells them in countries around the world, including in the U.S., where they are best known for their scooters. KYMCO’s U.S. headquarters are in South Carolina.

“Today’s announcement is a historic milestone with LiveWire set to become the first publicly traded EV motorcycle company in the U.S. By building on Harley-Davidson’s 118-year lineage, LiveWire’s mission is to be the most desirable electric motorcycle brand in the world, leading the electrification of the sport,” Harley-Davidson CEO Jochen Zeitz said in the press release. “This transaction will give LiveWire the freedom to fund new product development and accelerate its go-to-market model. LiveWire will be able to operate as an agile and innovative public company while benefiting from the at-scale manufacturing and distribution capabilities of its strategic partners, Harley-Davidson and KYMCO.”

There has a been a lot of focus on new CEO Jochen Zeitz, who was on Harley’s board before he transitioned to CEO in March of 2020 - just as the pandemic began. Harley-Davidson was suffering through consecutive quarters of sliding earnings, sales declines and loss of market share. An aging but dedicated central demographic, expensive products that were seen by many in the larger motorcycle community as high in quality but technologically outdated and a general overall decline in the number of people seeming interested in motorcycle - of any brand or type - had some people forecasting a possible end of Harley -Davidson, or the loss of its independence in a possible sale.

Over 50 years ago, the iconic motorcycle maker ended up in the hand of recreational equipment maker AMF, where it foundered nearly into insolvency before a last-gasp buyback by company principals. The company reinvented and refined key parts of their motorcycles and the brand went public (HOG) in 1986. From there, continued modernization efforts and product refinement led Harley-Davidson to one of the greatest comebacks in American business history, but the recent years have not been kind, despite H-D making excellent motorcycles this author has reviewed.

However, Zeitz, who hails from Germany, had successfully brought sports apparel maker Puma back from the brink before joining Harley’s board, and it was hoped he could work some of the same magic in Milwaukee. Upon taking the reins, Zeitz followed through on former CEO Matt Levatich’s efforts to bring a controversial but well-timed new motorcycle to term earlier this year, and the Pan America adventure bike has been a breakout hit for the company (disclosure: I am currently reviewing the Pan America for Forbes.com).

That launch followed another controversial step for Harley under Levatich: The debut of the LiveWire all-electric motorcycle in 2019. Perhaps as a precursor to the LiveWire plan, in late 2020, Harley-Davidson announced that its newly announced electric bicycles would be spun off as its own brand, Serial 1, a name taken from the first motorcycle Harley Produced in 1903.

While taking LiveWire public with a SPAC is surprising, the inclusion of Taiwan-based scooter maker KYMCO in the deal is perhaps more so - but it also makes sense. While relatively unknown in the U.S., KYMCO is a juggernaut outside America, selling hundreds of thousands of machines - many of them quite sophisticated - across Europe and Asia. Pairing with KYMCO gives LiveWire (and by extension, Harley-Davidson) an easier entry into Eurasian market places with what may be a simple rebrand of KYMCO products as LiveWire machines, while also putting KYMCO’s massive R&D and production capabilities for new products - especially all-electric machines - within reach.

Electric scooters are already commonplace and are growing in popularity in many cities worldwide. While breaking through with a full-size electric motorcycle is a tall order due to the much higher expectations of motorcycle riders, spooling up competent scooters - especially electric models - is much lower-hanging fruit. The prices are much lower and buyers aren’t expecting supercar-levels of performance. Mostly, they need their machines to be reliable, affordable and practical in terms of transporting riders through large cities, where electrical charging infrastructure - or battery swapping technology - is already largely in place. With LiveWire essentially separated from Harley-Davidson’s branding, the Motor Company could be in the mix in a massive, worldwide electric motorcycle and scooter marketplace far, far beyond what they could have hoped for in terms of their large, gas-powered legacy machines, which will continue to be popular in the U.S.

Spinning off LiveWire had sparked talk of Harley-Davidson doing the same with the Pan America motorcycles as well, but they perhaps cleave a bit more tightly to the mothership than the LiveWire and Serial 1 platforms. Harley-Davidson shares spiked sharply on the LiveWire news but has since returned most of those gains.